The Victorian Men’s Netball League (VMNL) are pleased to be launching a competition for males aged 15/U and 17/U.

The competition aims to provide a pathway with more opportunities for boys to continue their development in a competitive environment, playing at a high standard with likeminded players and will be an ongoing competition.

To register as an individual, go to: http://netb.al/VMNLBoysComp

The following associations can be contacted to join their teams: 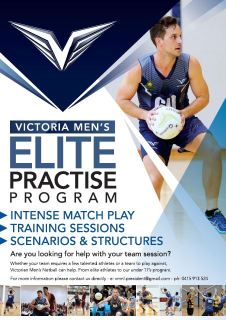