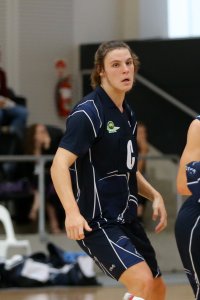 Victoria is excited to announce its Full Squad of players for the 2016 Men’s and Mixed Netball Nationals to be held in Melbourne at the impressive Knox Basketball Stadium.

After an exciting trials in September our teams have been selected and we look forward to a fantastic 6 months in the lead up to the tournament. 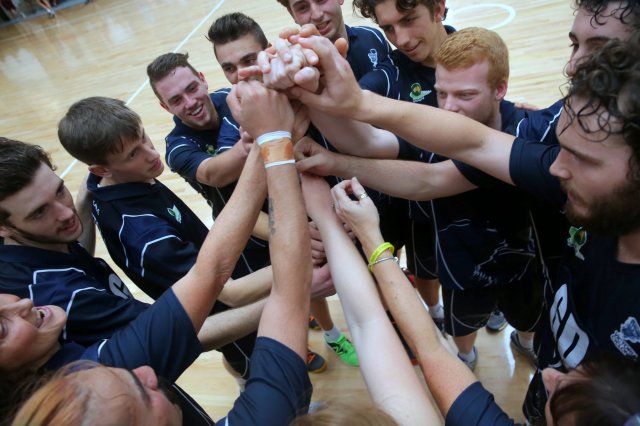 Have you heard…. We’re back…and we’re stronger than ever.

We have succumbed before, but don’t let that fool you.

Our hearts will bleed navy, uknighted we stay true.

A reminder that this Sunday is the LAST DAY UNIFORMS CAN BE ORDERED! There will be no extensions. To help with sizing, we will have uniforms to try on. All orders go through the online order site (link found on our FB page) - which will be live until after this date. Please also note that all players need to put the Surname they would like printed on bags and playing tops in “instructions for seller” when ordering. All teams are back at training this Sunday, unless advised otherwise. Also the Fitness Testing date has changed to February 16th - this is compulsory for all players. #MensNetball #MixedNetball #Netball #AMMNAChamps2020
Our incredible sponsor @citysidesports have converted their Australia Day Holiday Netball Tournament in Richmond (Ladies and Mixed), to a Charity Tournament to raise money for the recently set up Victorian Bushfire Appeal. Register your team or yourself to be placed into a team now: www.citysidesports.com/tournaments This is such great work from the very generous team at CitySide and special shout out to their amazing Director (and coach of the Victorian and Australian 17&Under sides) Geoff Taylor! 🙌 #MensNetball #MixedNetball #Netball #CharityTournament
The Boys Emerging Talent Academy (BETA) is on again for 2020! Run by our junior pathway partner @inspiresportsgroup2011, BETA is designed for boys aged 12-16 wanting to take their netball to the next level. The Academy will run from May to September in preparation for the 17&Under Victorian State team trials. Register now at this link: https://www.trybooking.com/BHISG For more info please email: admin@inspiresportsgroup.com #BoysNetball #MensNetball #Netball #AMMNAChamps2020
Hear from our President Matthew Blomeley as he updates us on all the happenings for VMMNA over the past few months and what's coming up in 2020! Just go to VMMNA.org or our FB page to read it! VMMNA hopes you have a safe and happy break and we'll see you all in the New Year! 🎄🎅🙌 . #MensNetball #MixedNetball #Netball
💥MLEAGUE LIVE STREAM RECORD SMASHED!💥 . More people tuned in last week to watch our Premier Men’s and Mixed MLeague Grand Finals than ever before! And they were witness to one of the most exciting Men’s Grand Finals ever – an extra time thriller that saw @stnetball edge out @geelongnetball. The MLeague Grand Finals were live streamed on both ours and @netballvic’s social channels – a huge thank you to them for their continued support! If you missed either match, both can be viewed in HD on our YouTube channel, just search ‘VMMNA TV’ on YouTube! #VicMLeague #MensNetball #MixedNetball #Netball
It's Wednesday... having MLeague withdrawals? Why not relive both Premier matches (including our extra time nail-biter Premier Men's match!) in HD on our YouTube channel: just search ‘VMMNA TV’ on YouTube! Also on that channel are the MLeague Grand Finals from 2017 and 2018 in HD too! #VicMLeague #MensNetball #MixedNetball #Netball
We’ve updated the MLeague Grand Final album on Facebook with all the photos from the night - including from the Men’s Premier and Div 1 Grand Finals - go check them out now! . Here is a selection of our favourites from the Men’s Grand Finals! . 📸: @netballvic / @treebs1 #VicMLeague #MensNetball #Netball
The Community Fund is an initiative to assist those participants who are experiencing hardship which may impact their ability to take part in the National Championships. We are calling for any applicants or any patrons who would like to support the fund. For more info on the process and how to apply, please check our FB page or visit our Community Fund page: http://bit.ly/VMMNACommunityFund This is a fantastic initiative for our community and one VMMNA is proud to have established. #MensNetball #MixedNetball #Netball #CommunityFund
VMMNA are looking for 10 SPORTS TRAINERS and a HEAD PHYSIO to support our athletes during the 2020 National Championships, to be held in Adelaide over Easter (April 12-18). . For more information, including about renumeration, and to apply, check out the link on our FB page (or: ‪http://bit.ly/Trainers2020‬) . #AMMNAChamps2020 #NetballPhysio #SportsTrainers #HeadPhysio #MensNetball #MixedNetball #Netball